TRANSIT
FOR THE
PEOPLE
The East Bay DSA’s People’s Transit Alliance is fighting for green fare-free transit, good union jobs, and transit that prioritizes the multi-racial working-class.
GET INVOLVED 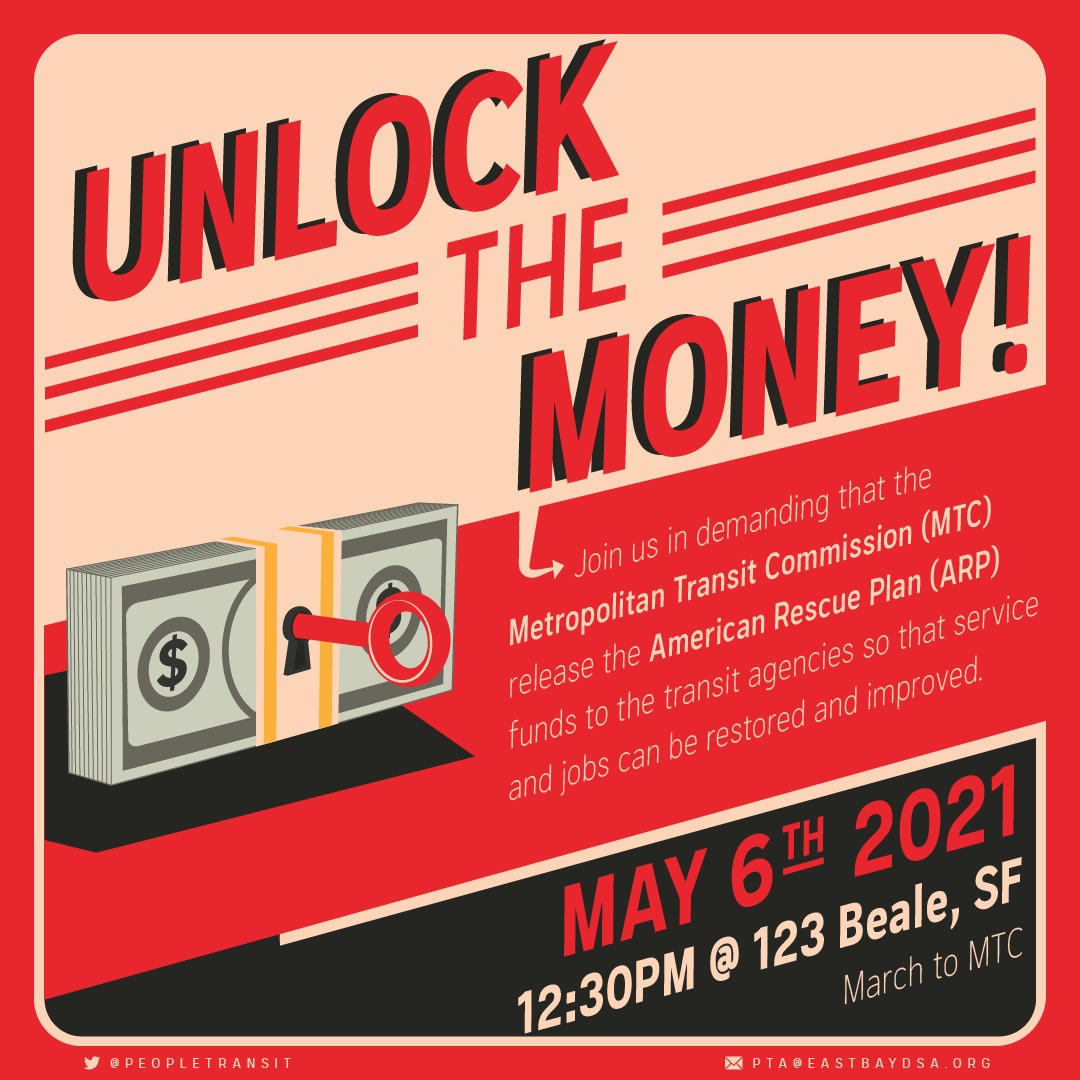 On March 11, President Biden signed a $1.9 trillion rescue bill, sending $1.7 billion to the Bay Area for transit. This money is intended to create union jobs and to provide services vital to working people’s daily lives. The time to do that is now, as working families struggle to recover from the health and economic impacts of the global pandemic.

With all that money, why are Bay Area transit agencies adopting austerity budgets for the fiscal year that begins July 1? Because the regional board that allocates each transit agency’s share of funding – the Metropolitan Transportation Commission (MTC) – has it locked up. Instead of dealing with today’s crisis, MTC wants to put off spending money for a future date. It made that decision in private discussions with transit agency management, from which the workers and riders on the frontlines of the crisis were excluded.

Labor, riders and the community will rally at the Transbay Terminal and march to MTC headquarters to demand that MTC unlock the transit funds now. If this money is not spent to quickly restore service as the Bay Area re-opens, public transportation in the Bay Area will suffer a long-term decline. The time to act is NOW! Join us at this rally to demand that MTC unlocks our transit money now!